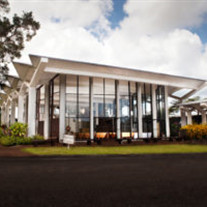 “A brief story of our Papa’s life” BENJAMIN BERNAL SANCHEZ SR., son of Abundio Sitoy Sanchez and Magdalena (Nenita) Bernal Sanchez was born on February 11, 1922 in Cavite City, Philippines. He passed away peacefully on April 29, 2018 at home with his loving wife and dearest daughter Maria at his bedside. His father, Abundio, was born and raised in Baybay, Leyte and relocated in Caridad, Cavite City after his retirement from U.S. Navy. His mother, Nenita, was from Zambales, Olongapo City. Benjamin Bernal Sanchez Sr. graduated from Cavite National High School in 1941. He was a building maintenance worker, personal hired driver, then worked at the pier in Intramuros, Manila where he met his beautiful loving wife. In 1952, he became a seaman in the U.S. Army Corps of Engineering vessel and was promoted to the 3rd Assistant Engineer of the ship. While on board of the U.S. Army Vessel FS 392, he traveled to several foreign countries including U.S. of America. He worked on board of the FS 392 until the ship was decommissioned. He stayed home for a while to help his dearest wife Soledad in upbringing and rearing of their children; doing house work and managing of a small Sari-sari store. Thereafter, he worked in the U.S. Naval Base located in Guam as an electrician and in 1970 he immigrated to Hawaii with son Jose. In Hawaii, he was employed at the Halekulani Hotel where he also retired. Benjamin B. Sanchez Sr. was very happily married to the one and only Soledad Olaguera Retona for 73 years and 6 months. They are blessed with 7 surviving children, Lourdes, Benjamin Jr., Maria Corazon, Elsa, Jose, Elena and Arnel; 13 grandchildren, 15 great grandchildren and 2 great/great grandchildren. He was an active member of Island Baptist Church, where he served as Deacon since 1980. He served the Lord joyfully for so many years and will continue on serving the Lord up in Heaven. The Wake Service shall be conducted Pastor Rico Viloria at Hawaiian Memorial Park & Mortuary on June 4, 2018 at 45-425 Kamehameha Hwy, Kaneohe, Hawaii. It will start with Family Viewing at 4:00 p.m.; Public Visitation at 5:00 p.m.; Prayer Service at 6:00 p.m. and Refreshment will be served at 7:00 pm. The Funeral Service shall be conducted by Pastor Ben Usita at Valley of the Temple Chapel on June 5, 2018 at 47-200 Kahekili Hwy, Kaneohe, Hawaii. It will start with Family Viewing at 9:00 a.m.; Public Visitation at 10:00 a.m.; Prayer Service at 11:00 a.m. and the Burial Service at 1:00 pm. Lunch will be served in the dining area following the Burial Service. Papa you will be missed a lot by everyone but you will be forever and always in our hearts. This is not saying goodbye to you but we believed that will meet again in heaven.

The family of Benjamin Bernal Sanchez created this Life Tributes page to make it easy to share your memories.