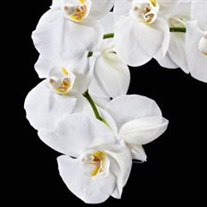 Celebrating the Life of Gail "Aunty Gail" Michaele Mason, who passed away in Kailua on April 25, 2014. She was born on November 19, 1942 in Honolulu, Hawaii in the Territory of Hawaii. Her parents were William "Billy" and Winifred "Winnie" Howell. Gail was the oldest of two children. She attended Noelani Elementary School, Stevenson Intermediate School and Punahou High School for a year, then went on to graduate and become an alumni of Roosevelt High School. She earned a degree at the Honolulu School for Massage. Began working with various Hotels with many jobs and working as a housekeeper with Hale Koa Hotel. She retired in 1999 after working for many years. . After retirement she was involved with Alcoholics Anonymous, New Hope Kaneohe and Kailua Windward office for 11 years. She resided in Honolulu, Kaneohe and Kailua. She was married to Raymond Doucett on April 1964, in St Clements; they were married for 11 years and then on March 14, 1989 she married John Mason at the Iolani Palace and they have been married for 25 years up until her passing. Gail's favorite past times included going to the beach, attending meetings, going to Church, camping and loved her family time, she enjoyed listening to Hawaiian and Christian Music. Important events that happen in Gail's life were her marriages, birth of her daughter, birth of her grandchildren, great-grandchildren and her Sobriety. She is survived by her husband, John W. Mason; daughter, Tracey-Lynne Doucett; sister, Lynn Howell-Sinnard; grandchildren, Kristina Doucett, Maka'ala Narito and Kana'iaupuni Narito; great-grandchildren, Sharai Doucettt-Moore and Hekili'okahikina Bishop. Visitation will be held 11:00a.m.-12:00p.m., Wednesday May 21, 2014 at Hawaiian Memorial Park Mortuary; with services at 12:00p.m.; Inurnment to follow at 2:30p.m. at Valley of the Temples Memorial Park; casual attire. Burial Information: Eternal Peace 2, 1973, A 1

Celebrating the Life of Gail "Aunty Gail" Michaele Mason, who passed away in Kailua on April 25, 2014. She was born on November 19, 1942 in Honolulu, Hawaii in the Territory of Hawaii. Her parents were William "Billy" and Winifred "Winnie" Howell.... View Obituary & Service Information

The family of Gail Michaele Mason created this Life Tributes page to make it easy to share your memories.

Celebrating the Life of Gail &quot;Aunty Gail&quot; Michaele Mason, who...