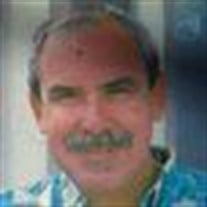 Celebrating the Life of Harold Anthony Strapple, who passed away on October 19, 2014. He was born on September 4, 1953 in Honolulu, Hawaii to Harry and Dolores Strapple. He was raised in Kailua, Hawaii, along with brother, Robert Strapple and sister, Theresa Strapple. He was the second of three children. He attended Saint Anthony of Padua School in Kailua, from Kindergarten to the eight grade; then he attended Kailua High School and graduated in 1971. After graduation, he began a career as a lot man at Kailua Toyota, advanced to parts delivery man, then parts sales journeyman, and finally to parts department manager at Windward Toyota. He served 36 years for Servco Pacific, Inc. An important event in his career life was when he traveled to Toyota City, Japan to meet the President and tour the manufacturing plant. He medically retired after an ischemic stroke in 2007. He married Vicki Lani Saito on August 11, 1979 at Haiku Gardens in Kaneohe and they had two beautiful daughters, Jami and Jenna. His most important events in his life were the birth of his daughters, Jami and Jenna. He was a member of St. Anthony of Padua Church in Kailua. Being raised a Catholic, Harold’s faith, devotion to family and compassion to strangers were traits. He was involved FCS Pigeon Club, where he was involved in sport pigeon racing. His favorite hobbies were racing and breeding pigeons, body surfing at Kalama’s and biking around Kailua Town. Harold was a joker, very personable, wise, and a hardworking man. His favorite kind of music was “Old Rock” (Led Zeppelin and Rolling Stones) and Hawaiian. Harold is survived by his loving wife, Vicki Lani Strapple; two daughters, Jami (Kamaka) Jingao and Jenna Strapple; brother, Robert J. Strapple; and sister, Theresa A. Strapple. Among his many friends, one of his special friends was Michael Pang, a childhood friend through tough and good times. Visitation to his Celebration of Life service will be from 9:00-10:00 a.m., Tuesday, November 4, 2014 at St. Anthony of Padua Church; Mass to follow at 10:00 a.m. Interment will be at Valley of the Temples Memorial Park 2:00pm. We would want the atmosphere of Harold’s service to be a reflective one; sharing stories, good memories and laughs. Burial Information: Cathedral View #1, Lot 113, C-2

Celebrating the Life of Harold Anthony Strapple, who passed away on October 19, 2014. He was born on September 4, 1953 in Honolulu, Hawaii to Harry and Dolores Strapple. He was raised in Kailua, Hawaii, along with brother, Robert Strapple and... View Obituary & Service Information

The family of Harold Anthony Strapple created this Life Tributes page to make it easy to share your memories.

Celebrating the Life of Harold Anthony Strapple, who passed away...