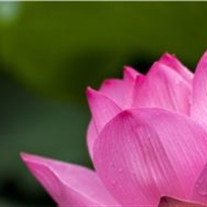 Beloved Mother and Grandmother, Kiyooko Victoria Sproat, 87, of Kailua, Hawai’i passed away March 1, 2019. She was born December 27, 1931 in Pohnpei, Federated States of Micronesia. Kiyooko was the third of seven children to the late Giju and Daisy Moriyama. She attended school in Kagoshima, Japan although her education was limited due to World War II. On May 24, 1952 Kiyooko married Emanuel N. Sproat at Kolonia Protestant Church and they began their life together. They lived in Kailua and traveled throughout Asia and the U.S. She was a homemaker, dedicating her time to her family as well as the community. Kiyooko was involved with the Kailua Seniors, the Pali Seniors, and was a Choral Group Leader. She was awarded the Valentine Sweet Heart twice, as well as many other awards and recognitions to public service. Donating to hospitals was very important to her. Kiyooko was a woman of many talents. She loved Hawaiian music and Queens Jubilee and was skilled in music and dancing hula, crafting, woodworking, and raising orchards, for which she won an award for orchard grafting. She was also talented in sewing, singing, lei making, and knitting baby caps. Many would describe her as the most talented in all of the above. “Whatever our mother would attempt to make or do, she exceeded anyone’s expectations; she had the Midas Touch.” – Kiyooko’s daughters. Kiyooko is predeceased by her parents and her husband, Emanuel N. Sproat. She is survived by her two daughters Daisy M. Pietrowski and Evonne K. Sproat, her son John J. Sproat, her granddaughter Amy J. Powell, and her two great-grandchildren Connor E. Powell and Aras Powell. A Celebration of Life will be held on Wednesday March 20, 2019 at Valley of the Temples Trousdale Chapel. Visitation will be at 10:30am, with service at 11:00am, and luncheon to follow. Inurnment will be held privately.

Beloved Mother and Grandmother, Kiyooko Victoria Sproat, 87, of Kailua, Hawai&#8217;i passed away March 1, 2019. She was born December 27, 1931 in Pohnpei, Federated States of Micronesia. Kiyooko was the third of seven children to the late Giju... View Obituary & Service Information

The family of Kiyooko Victoria Sproat created this Life Tributes page to make it easy to share your memories.