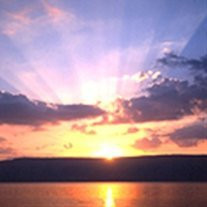 Honoring the life of Severino Cabang Lebag, Sr. , 88, of Waipahu, Hawaii. “Binoy” as he was known to his family, was born in Loob, Cuyapo, Nueva Ecija, Philippines on January 29, 1925. He was an accomplished farmer growing a variety of crops such as rice, corn, onions, and watermelon for over 30 years. During World War II, he served honorably as an artilleryman of the United States Army in defense of his homeland. In 1981, he immigrated to Hawaii where he eventually attained his U.S. citizenship and worked as a dedicated member of the kitchen staff at Like Like Drive Inn until his retirement in 1990. He fulfilled a lifelong dream in 2005 when he successfully petitioned 5 of his daughters and their families from the Philippines. On October 24, 2013, he passed away peacefully at Queens Medical Center. He is survived by Sons: Gilbert and Danny; daughters: Lorenza, Beth, Sol Mary, Lydia, Edna, Connie, Mhel and Jane; 37 grand kids; 50 great grand kids; and 1 great(2x) grand kids. Our Tatang’s story is made up of not only what he accomplished in life but also how he lived it. Through the good times and the struggles, he was a man who always put his family first. Beyond putting food on the table, he provided an endless supply of caring and support. With his trademark smile and laugh, he made everyone feel loved. His legacy continues through his children all the way to his great-great grandchildren. We miss you Tatang and appreciate all that you did for us. Visitation: 5:30 p.m. - 9:00 p.m. Wed., November 20th at the Hawaii Memorial Park Mortuary Service: 6:30 p.m. Additional Visitation: Thursday, November 21st at Saint Anthony Catholic Church-Kalihi Public Viewing: 9:30- 10:30 a.m. Mass: 10:30- 11:30 a.m. Burial Ceremony: 12:00 p.m. at Valley of the Temples Memorial Park Casual Attire please. Burial Information: Holy Cross 2/1 - 107 - A -1

Honoring the life of Severino Cabang Lebag, Sr. , 88, of Waipahu, Hawaii. &#8220;Binoy&#8221; as he was known to his family, was born in Loob, Cuyapo, Nueva Ecija, Philippines on January 29, 1925. He was an accomplished farmer growing a variety... View Obituary & Service Information

The family of Severino Cabang Lebag Sr. created this Life Tributes page to make it easy to share your memories.